Our latest appearance in media

Black Friday Meets Cyber Monday Diwali is not the end of your sale shopping dreams. DesiDime will help you strike off some of those last remaining items on your Christmas wish list, this Black Friday.

What Not To Do While Shopping Online This Festive Season

Right from the last minute exchange of a dress to a shopping bag gone missing, everybody has some horrifying festival shopping tale to tell. While you may be laughing at it right now, you did not find such shopping disasters funny when they actually happened.

India has an internet user base of about 354 million as of June 2015 and according to Google India, there were 35 million online shoppers in India in 2014 Q1 and is expected to cross 100 million mark by end of year 2016. With many home grown as well as global e-commerce portals & mobile apps in India online shopping in India is expected to reach Rs 1,07,800 crores (US$24 billion) by the year 2015.
DesiDime, India’s largest online shopping community did a survey to find out how India likes to shop online.

Online shopping platform DesiDime has joined hands with international online commerce site Pepper to expand its ventures in South-East Asia starting with Indonesia. Pepper claims to have clients active in 10 countries across 4 continents including HotUKDeals in UK, mydealz in Germany, Dealabs in France and PromoDescuentos in Mexico, with around 50 crore total page views and 10 lakh user comments and deals submitted every month.

Zingoy.com , launched six months ago by Parity Cube Pvt Ltd-India’s largest performance marketing company, is a cashback website that rewards shopping and sharing The cashback site not only gives you cashback on your purchases but also when your friends shop using your Zingoy shopping links. Launched only six months back, cashback website crosses 1 Cr mark in cashback paymentsWith 1,20,000 users, already on board, it is now the fastest growing cashback site in India with almost Rs 1 crore cashback rendered thus far.

With the collaboration, Desidime will continue to work in India, apart from rolling out its platform in South East Asia, starting with Indonesia within six months. “The merger gives us a better power to negotiate deals as well as roll-out features faster. After consolidation across different sites, all the different deal discovery sites on Pepper.com will migrate to a common platform,” says Mehul Jobanputra, chief executive officer and co-founder of Desidime who will join the directors for Pepper.com.

It takes a great deal to wake you up in the morning? Well, here you go. DesiDime.com, India’s fastest growing online shopping community launches Deal Alarm App – India’s first alarm app that wakes you up with a ‘Deal of the Day’. All you have to do is wake up when the alarm rings.

The next time you're shopping online, don't go straight to Amazon or Flipkart to make your purchase. DesiDime wants to be the place you check before you actually buy something, as it lists all the best deals and coupons you'll find for shopping online across over 500 stores. There are several other coupon sites around in India these days - CashKaro and CouponDunia are two of the best known. What makes DesiDime stand out is a price comparison feature on the website, so you can check for the best stores to shop from, and then find the correct coupon to use right away. The other big difference is its forum - which you can access from the app as well - where customers share their views about products; these forum posts are also shown when you search for a product, and can be quite useful.

DesiDime.com was born out of a failure to launch a daily deals e-commerce site which intended to give a fresh deal every night at midnight. The entire tech platform was ready with gamification surrounding colours to bring in even more excitement at 12 a.m. for users. It was early days in 2010 when e-commerce was rare and daily deals sites like MyDala, BindaasBargain, Snapdeal (yes, it was a daily deals site too!), Taggle and many more mushrooming. Being in USA,

“We are not very stuck on the technology part, use tools which fit best for the job on hand”, says Jimish Jobanputra, Co-founder & CTO, DesiDime.com

To begin with I completed my engineering from Mumbai University and then I went to the US to complete my masters at the University of Illinois. Post which, I joined a startup in Chicago, called Innova Financial, which was into pay-day loans. I did 3 years of awesome development work and because of the culture, enjoyed working there too. I initially joined the company as a software engineer but soon was promoted to be the Sr. Software Engineer.

The Great Online Shopping Festival (GOSF) came to an end on December 12, after a three-day long shopping frenzy. Over 450 ecommerce websites participated in the festival, to sell products ranging from food, fashion, electronics, home decor and even real estate. The three-day event has been a huge success, with Google reporting over 1.4 crore visits to its site throughout GOSF.

GOSF 2014: Five things to keep in mind before you shop online

The Great Online Shopping Festival (GOSF) has started with thousands of e-commerce websites and brands participating in Google’s big shopping party. The web is abuzz with the discounts currently available on online retail stores and we won’t blame you if you can’t wait to indulge in some retail therapy. 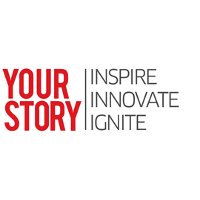 Your Story: Desidime bids to stand out among dime a dozen startups for deals and coupons

Desidime.com, started by cousins Mehul Jobanputra (CEO & Co-founder) and Jimish Jobanputra (CTO & Co-founder), prides itself at being one of India’s largest online shopping communities. The website has been inspired from slickdeals.net, a similar website prevalent in the US. “Desidime works on a model where we get people to contribute to the content. It is a community driven website where users post deals and coupons that they have found around the internet, and can interact with one another,” says Mehul. ... read more on yourstory.com

CueLinks, a content monetization solution startup is assisting bloggers, deal site owners and coupon sites to monetize their contents in an effective manner with minimal effort. Any website that sends outbound traffic can take advantage of the solution that the startup offers. Founded in 2010 CueLinks work as an alternative revenue stream to Google adsense and helps publishers add native advertising element to their amazing content. The startup firm’s solution has a java script code that can be embedded with the outbound links which inturn provides the traffic analytics. 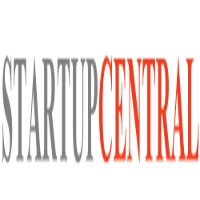 2014 will be a year of reckoning of sorts for Cuelinks, a content monetization tool for online publishers from Mumbai startup Parity Cube. Nearly two years after launching operations, the company plans to step up growth by expanding operations into Southeast Asia and raising its first round of institutional funding.

Based out of Mumbai and founded in 2010 by Mr Jimish Jobanputra and Mr Mehul Jobanputra, DesiDime claims to be India’s largest online shopping community are among the top 200 websites in India with about 70K people visiting the website on a daily basis.